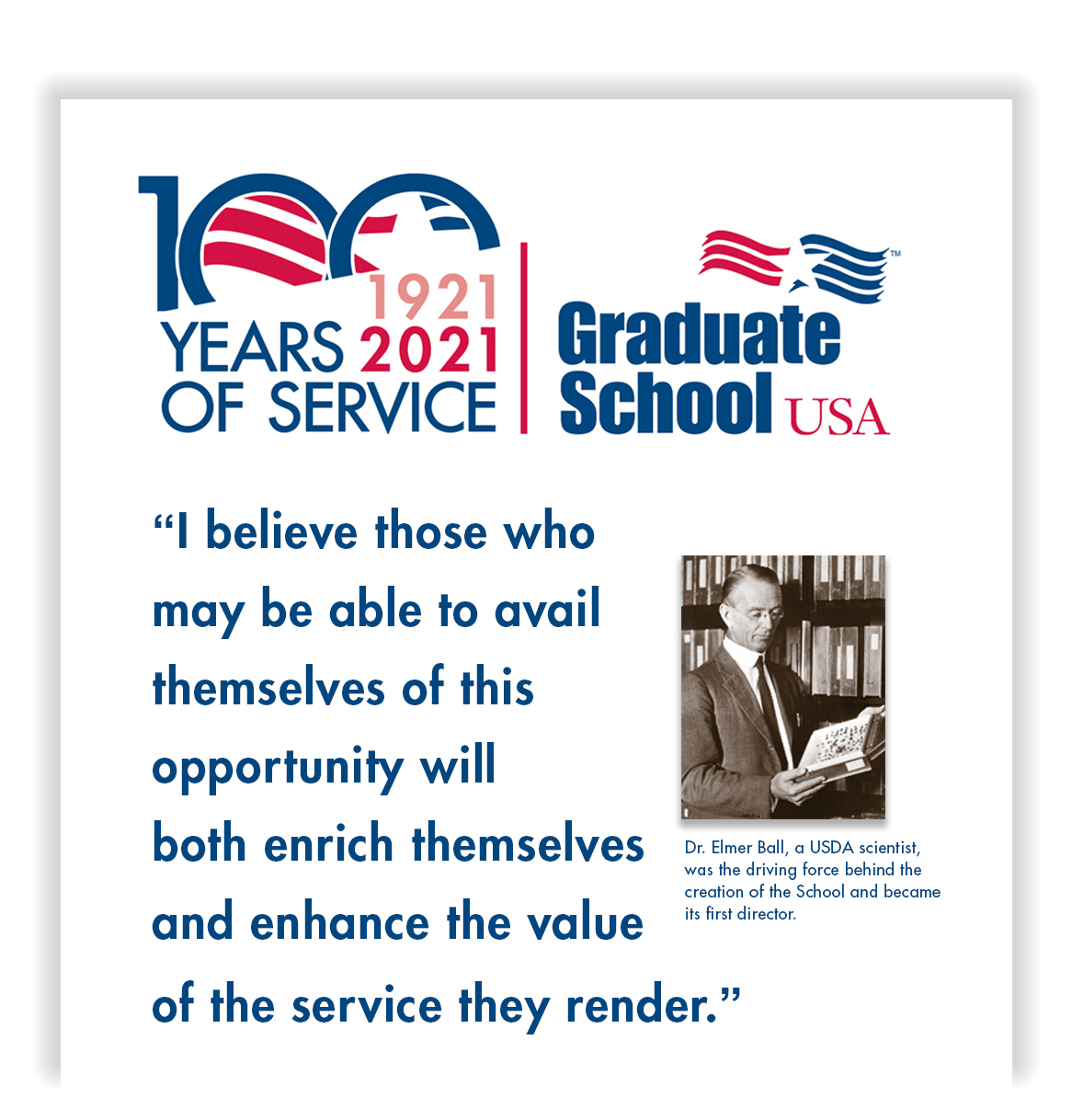 In March, Warren G. Harding was sworn in as the 29th President of the United States.

The U.S. formally ended its participation in World War I.

The year’s most popular song was “Crazy Blues,” performed by Mamie Smith.

On October 17,1921, 176 students, mostly employees from the U.S. Department of Agriculture, gathered after work in the USDA building on the Mall. They were there to take classes at the new USDA Graduate School. The curriculum offered six science classes and two classes in economics. The eight instructors were members of the USDA staff. Classes met twice a week and cost $15 for one semester; $25 for two semesters.

This was the beginning of a grand experiment —furthering the education of federal government employees. One hundred years later, USDA Graduate School, now called Graduate School USA, is carrying forward the vision of Dr. Ball: to provide training and education for federal government professionals, to help them in their careers, and to aid in their agencies’ missions.

How did it all start? Learn about the origins of Graduate School USA and the people behind the vision.

We don’t award degrees. Why are we called “Graduate School” USA? Let us tell you.

Explore our rich and diverse history: 100 years of GSUSA instructors, curriculum areas, and dedication to the federal workforce.

For over 100 years, we have had thousands of outstanding instructors. Meet some of them.

For over 60 years, our outstanding training has gone around the world. Read our story about our international training. 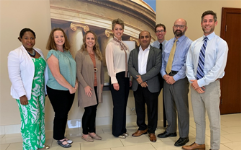 We were the first organization to offer leadership training to government professionals. Hear from those who have benefited from our training.